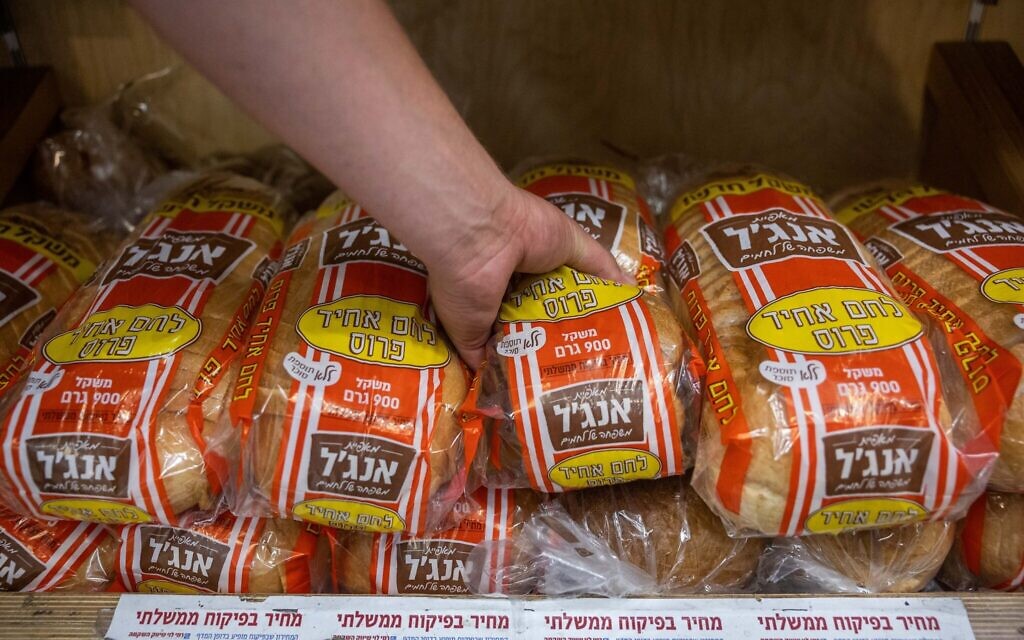 According to a statement released by Lapid’s office on Monday, prices will gradually increase over the next few months but will not reach the previously expected increase.

Under the terms of the agreement, the Price Monitoring Committee will increase the cost of regular dark bread by 5%, regular dark sliced ​​bread by 5.5% and challah by 8%.

There will be a further increase in the prices of sliced ​​common black breads and challah in December, up to a total of 30%.

The price of unsliced ​​common black bread will also be increased by 21%, still less than the more than 35% rise the price committee had originally forecast, the statement said.

Ministers also decided that the government would end bread price controls from April 2023.

Lapid called on the finance and social welfare ministries to provide more funding for programs that help those facing food insecurity.

The social justice movement Standing Together said in a statement that with rising prices, the minimum wage is also expected to rise.

“Prices are rising, but our wages are not. After five years of stagnation, it’s time to raise the minimum wage to NIS 40 ($11.5) an hour to help two million workers make ends meet.

The price of other forms of white bread will remain the same.

Bread products with controlled or restricted prices include sliced ​​and unsliced ​​white and black breads, and challah. A planned 20% price hike, which would have raised the cost of common black bread from NIS 7.11 (about $2) to NIS 8.54 ($2.45), was due to take effect earlier this month. The hike was suspended by major supermarkets following a request for a reprieve from Barbivai while negotiations continued to find an alternative.

The Prime Minister’s Office said the rise in bread prices was the result of a global food crisis linked to the Russian invasion of Ukraine, which is a major wheat exporter.

According to the latest figures released by the Central Bureau of Statistics, Israel’s annual inflation rate stood at 4.4% in June, the highest since 2008.

The CPI measures the average cost of household goods. Particular increases in June were seen in transportation (2.4%), housing (0.7%) and culture and entertainment (0.7%).

However, a drop of 8.5% was seen in the costs of fresh fruits and vegetables and 3.4% in clothing and footwear in June, the data showed.

Outrage over the rising cost of living has grown steadily, a decade after Israel last experienced widespread social unrest over it.

Israeli cuisine is taking the world by storm. Here is your chance to participate…

The Times of Israel community is thrilled to present its new virtual kitchen series, B’teavonwhere world-renowned chefs show you how to prepare classic and modern Israeli dishes.

Learn more Learn more Already a member? Log in to stop seeing this

You are a dedicated reader

We’re really glad you read X Articles from The Times of Israel over the past month.

That’s why we started The Times of Israel ten years ago – to provide discerning readers like you with must-read coverage of Israel and the Jewish world.

So now we have a request. Unlike other media, we don’t have a paywall in place. But since the journalism we do is expensive, we invite readers to whom The Times of Israel has become important to support our work by joining The Times of Israel community.

For just $6 a month, you can help support our quality journalism while benefiting from The Times of Israel WITHOUT ADVERTISINGas well as access Exclusive content only available to members of the Times of Israel community.

Thanks,
David Horovitz, founding editor of The Times of Israel